You are here: Home / Board of Directors

Chairman of the Board and Founder 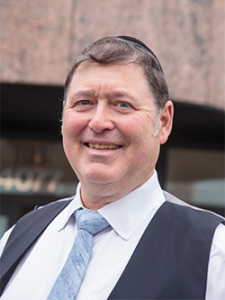 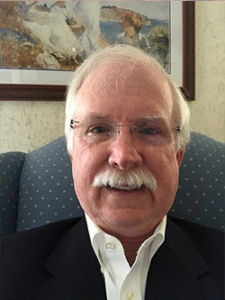 John Brown received his BA from Cleveland State University before pursuing his CPA. Currently, John is the President of John D. Brown CPA, Inc. John is a volunteer and initial board member who offers United Refuah HealthShare his vast experience acting as an external auditor for nonprofit organizations. John is a fantastic fit with the mission of United Refuah HealthShare, as, throughout his professional career, he has always taken on projects that aim to give back and genuinely help people in need.

For over thirty years, John would reduce his rate and act as an outside auditor for a nonprofit that worked with children at risk. John naturally combines his values and business talents and truly epitomizes the overall and greater mission of United Refuah HealthShare. When John is not hard at work or assisting United Refuah HealthShare, you can find him fishing, biking, or golfing. John lives in Aurora, Ohio, with his wife of thirty-nine years, who together have raised two accomplished and compassionate adults. 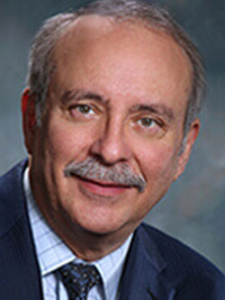 Dr. Salamon MD FRCSC, FACS is a board-certified ophthalmologist and the founder and one of the two principal partners in The Cataract Eye Center of Cleveland.  Dr. Salamon completed his medical training at the Albert Einstein School of Medicine in the Bronx, New York. Dr. Salamon has spent his career practicing medicine, peer-reviewing or authoring medical articles, and participating in clinical trials. Dr. Salamon has been involved with United Refuah HealthShare since its inception and serves voluntarily on the board, where he can help guide the administrative team when necessary. Dr. Salamon resides in Cleveland, Ohio, with his wife Ruthie (RN); when the Salamons are not administering or advocating for medical care, you can find them at home delighting in their children and grandchildren. 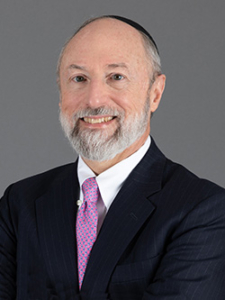 Alan Schabes graduated Magna Cum Laude from Hofstra University Law School in 1981. Today, Alan is a senior partner at the prestigious Benesch, Friedlander, Coplan and Aronof LLP in Cleveland, Ohio. Over the last decade, consistently, Alan has been rated one of Cleveland’s “Best Lawyers in America.” Alan has a plethora of experience and expertise in the area of health law. As an initial and volunteer board member, Alan brought and continues to bring that expertise to the table. Alan believes that health care should be affordable and attainable for all. That belief, coupled with his professional acumen, makes Alan a most valuable board member at United Refuah HealthShare. When Alan is not practicing health law or volunteering for United Refuah HealthShare, you can find him and his wife Lisa surrounded by and enjoying their children and grandchildren. 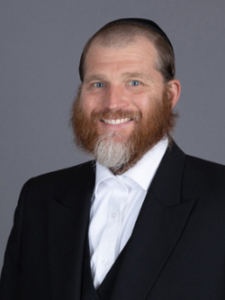 Nathan Wiedemann received his BS in Finance from the University of Baltimore and his JD from Case Western Reserve University (2007). Nathan is currently Of Counsel at Benesch, Friedlander, Coplan and Aronof LLP in Cleveland, Ohio. At Benesch, part of Nathan’s responsibilities are overseeing and facilitating transactions for companies in federally regulated industries such as healthcare. Nathan brings this experience to the United Refuah HealthShare board, coupled with his belief that Jewish families should have access to a health care alternative. Nathan is an invaluable volunteer board member to United Refuah HealthShare. When Nathan is not at work or helping United Refuah HealthShare, you can find him and his wife at home in Lakewood, NJ, enjoying time together with their young children. 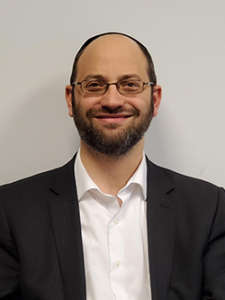 As a close friend of Baruch Chaim Manies, Zvi Rokowsky, has been involved with the United Refuah Healthshare since its inception. Zvi learned in the Yeshiva of Philadelphia (1990-1996) and then studied in the Mir Yeshiva (Jerusalem) for almost ten years. Currently, Zvi is a Real Estate and Property Manager for Diversified Management Plus. Zvi shares his friend Baruch Chaim Manies’ desire to provide his community with an alternative and cost-efficient healthcare model. When Zvi is not at work increasing his client’s real estate portfolios or volunteering for United Refuah HealthShare, you can find him and his wife Esther enjoying and engaging with their children, where they live in Cleveland Heights, Ohio.